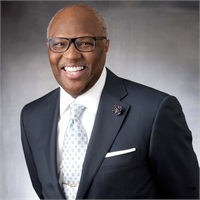 Mr. Henderson's professional and industry affiliations consist of memberships in the National Association of Insurance and Financial Advisors, (NAIFA), and the Financial Planning Association (FPA). In private practice since 1989, he is a 28-year consecutive member of the prestigious Million Dollar Round Table (MDRT), a benchmark of excellence in the financial services arena. Currently, Mr. Henderson is a 8-year qualifying member of MDRT’s Top of the Table (TOT), whose exclusive membership consists of only the top 5% of member advisors, internationally. Additionally, Marcus is listed in Marquis, Who's Who in Finance and Industry 29th Edition dated 1996/1997 and is a Fellow of the Life Underwriters Training Council. He is a Registered Financial Planner (RFP®) with the Registered Financial Planners Institute, a practicing Accredited Investment Fiduciary (AIF®) with the Center for Fiduciary Studies and earned a Master Registered Financial Consultant designation with the International Association of Registered Financial Consultants (MRFC).

His industry-wide accomplishments are numerous and include holding Platinum Qualifying status in John Hancock Financial Network/Signator, Inc.’s annual award conference. Marcus was inducted into John Hancock’s Hall of Fame in 2006, a prestigious distinction in which only 213 members have been inducted since 1956. Mr. Henderson is only the Third (3rd) African American to achieve this pinnacle of success in the award’s 60-year history.

Quite accomplished within media and print, Marcus has been featured in Advisor Today in 2005, NAIFA’s national publication, and is a frequent columnist in many national financial planning magazines and periodicals. He was highlighted by the former broker-dealer, February 2015, for his exemplary independent firm building achievements.

His practice objective, “To treat and help guard the financial health of his clients on an on-going individual basis”. His professional philosophy, “Plan your life as though you were going to live forever. Plan your demise as though it were tomorrow”.

Marcus and his wife, Yolanda, are happily married and are the parents of five adult children. They reside in Franklin, TN.

Qualifying membership in the MDRT is based on minimum sales production requirements and gross business generated within a year. Each MDRT status designation is granted for one year only. All members must apply every year to continue their affiliation with the Million Dollar Round Table